Korean actress Ha Ji-won is in town for the telecast promotions of Empress Ki (奇皇后), a 51-episode historical drama which she starred in as the female lead. On preparing for her role as ‘Ki Seung-nyang‘ in Empress Ki, the actress expressed that the drama was the longest, yet one of her happiest involvements thus far.
Said Ha Ji-won, “I like action scenes. It’s definitely not easy for me since the drama involved many challenging action scenes throughout the filming. Horse-racing for example, was particularly difficult for both Ji Chang-wook and I. We had a horse-racing scene on a beach and this scene was filmed for close to 8 hours. We ended up with bruises all over, to the extent that we couldn’t walk properly for the next 3 days.”
“As my role slowly transforms into an Empress in the drama, I also got to pick up elegant gestures that could complement the role of an Empress.”
At the press conference, Ha Ji-won also shared some tips on maintaining her complexion to look her best during filming, saying that she had lots of healthy nuts, fruits and yogurt for her diet and added, “My mother made lunch boxes for me too. I didn’t had much time to exercise. Whenever I’m feeling tired, I just try to heal myself by listening to the music that I like.” 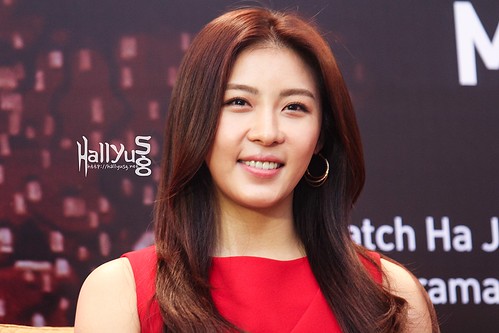 Ha Ji-won, who is known to have one of the most muscle masses among the South Korean actresses, further added that she would recommend all females to do weights in order to maintain a healthy shape.

“It does help a lot. I can really see the difference by doing more weights. Cardio exercises are very important but it’s very hard to tone up the body and muscles. I don’t have to eat chicken breasts all the time and I can have muscles thanks to doing weights. It makes me feel young too!”

When asked which part of her body she is most satisfied with, the actress smiled shyly and replied, “My arms and hips”. 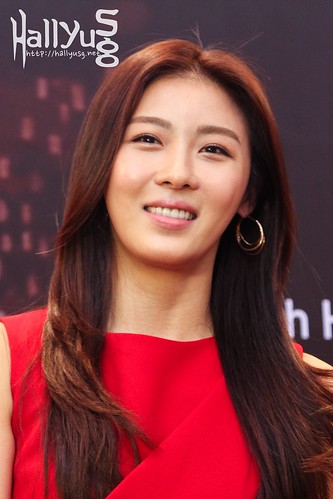 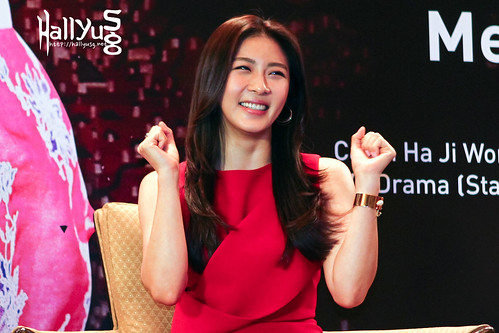 Although this visit is her second trip to Singapore, Ha Ji-won expressed that she was so excited that she could barely sleep on the night she arrived. Being a huge fan of the Transformers, she revealed yesterday at the Meet & Greet event, “I visited the Universal Studios Singapore and had a fun time on the Transformers ride!”
The actress also revealed that she’s an animal lover and hoped to visit the Singapore Night Safari if time and schedule permits.

“I met lots of fans at the airport on Thursday evening which was an unexpected surprise. I love Singapore so much! I wish I could stay here for another 10 more days but time is passing by too quickly. There are just so many things to see, to do, to shop, and to eat here!”
At the Meet & Greet event, Ha Ji-won broke the news that she will be returning to Singapore very soon for a fan meeting on January 9th, 2015, and added that she’s looking forward to do all the things on her wish-list if she doesn’t get to achieve during this trip. Looks like the Singapore fans will be in for another treat in January next year!

We thank StarHub for the media invitation to attend Empress Ki press conference and Meet & Greet event in Singapore, where we met the gorgeous actress in person. More exclusive photos can be viewed at our Flickr album https://www.flickr.com/photos/89519643@N05/sets/72157648108700222/ 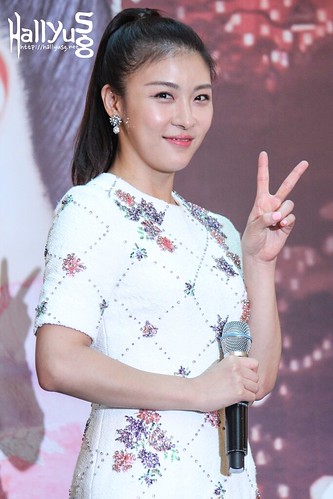 What do you say? Cancel reply